skip to main | skip to sidebar

well...it's been out for a minute i guess. been too busy to post it up, but out this summer on  MUSIC FELLOWSHIP is a new full length LP that I did back in 2009 with Cleveland percussionist/everything-ist Nate Scheible

"     In the summer of 2009, preeminent ambient guitarist Mark McGuire recorded with Cleveland mainstay jazz and rock drummer Nate Scheible. Mark's key compositions have been either solo guitar or collaboration with keyboardists, including Emeralds, Inner Tube (with Skaters' Charles Berlitz) and Skyramps (with Oneohtrix Point Never), so this presents one of the few recordings of Mark collaborating with a drummer and was captured pristinely in studio at Cleveland's own Zombie Proof. Recorded shortly before Mark's classic Living With Yourself solo album, these recordings capture Mark in all his pre-"South Beach" optimism and boundless exploration of sound, while he and Nate playfully and joyously rip through a variety of styles and zones â€“ "super slowed down ambient seagull jamz, super rhythmic almost rock jamz, overloaded free jazz style blasters, tonz o' fun!" 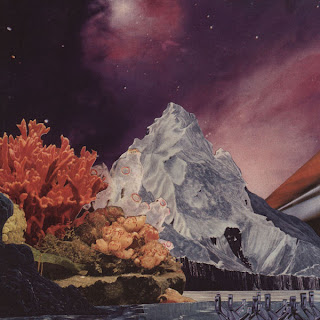 Direct orders can be placed through the label, and I will have a few copies popping up at shows..

Speaking of show, will be performing at the upcoming ALL TOMORROW'S PARTIES in NYC....

ATP: I'll Be Your Mirror USA 2012 curated by Greg Dulli of The Afghan Whigs 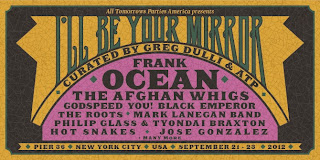 Going to be a wylde tyme, let's see NYC get nasty!!

Been an incredibly busy year, going to write lots more soon, as there are lots of releases, shows, and projects developing that will probably start seeing some light soon.

...and for any Road Chieferz out there...BODY WASH 2k12 end of summer cooldown mixtape is near completion..been so many sick jams this summer it was hard to even keep them straight in my head!